Chlorosis, yellow leafs, growth slowdown, thin shoots, little leafs and low yield. If you see it when your plants growth we guess your plants lacks nitrogen. To prevent the future problems you need to use fertilizers such as Novaland Seaweed.

Let us talk why applying of nitrogen fertilizers is so important for our plants and us.

For a normal plant growth, they need macro and micro (trace) elements. Plant gets different elements from the different sources. For example, most of carbon (C) they take from the air, however most of hydrogen (H) plants take from the water. Despite the fact that there is 78% of nitrogen in the air, most of the plants cannot accumulate it. The most part of nitrogen plants take from the soil, where that nutrition element presents in a dissolved form. The main problem is plant takes many of nitrogen from soil for normal growth and yield. An addition, some amount of nitrogen loses with irrigation water: dissolved nitrogen merges into the lower layers of the soil, where roots is absent. Another amount loses with denitrification by specific bacteria in the soil. Denitrification bacteria convert NO3- ion from the solution to gaseous N2, which is not available for plants.

In this case, if you do not prevent nitrogen loses from the soil with fertilizers like Novaland Seaweed Organic Liquid or NovaLand Seaweed Organic Extract you can lose the yield and their quality. In addition, soil will be poor for future crops.

It is hard to overestimate the importance of nitrogen for a plant: it consist many compounds like protein, chlorophyll, nucleonic acid, vitamins, enzymes. It means that lack of nitrogen makes plants less useful for our nutrition.

So how we can see the lack of nitrogen? 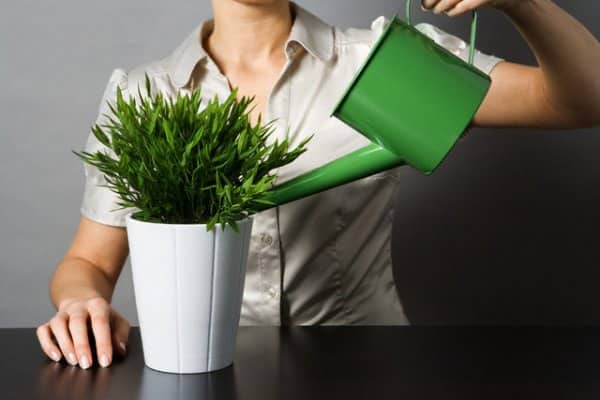 The first and the main sign of nitrogen lack by the plants is, actually, the chlorosis. Despite the fact that chlorosis is a very common symptom for a number of conditions and diseases of the plant, it is a first sign that can say: plants can have not enough of nitrogen. Because the lack of nitrogen, chlorosis usually starts by yellowing of leaf veins. An addition, oldest leafs start to yellowing, so the lower leaf dies before the upper young one.

In a case, when leaf becomes yellow, but their veins still green it can say of potassium fertilizers overdose.

Lack of nitrogen manifests itself in other symptoms: deceleration of plant growth, backlog in plant development, thinning of shoots, leaves, small inflorescences, deterioration of branching of a plant, etc.
When lack of nitrogen is appear plants get old faster, leafs fall, fruits mature permanently.

Therefore, when you see a sign of nitrogen lack you need to add fertilizer with nitrogen, like NovaLand Seaweed Organic Liquid or Novaland Seaweed Organic Extract, faster to prevent irreversible consequences. Period, when plants accumulate most part of a nutrition element called “critical period” for plant. Commonly, in a critical period of plant growths lack of element is appear often. If you lose time and do not take prompt measures to replenish nutrition element at a critical period, the plant may completely die, or not yield a crop.